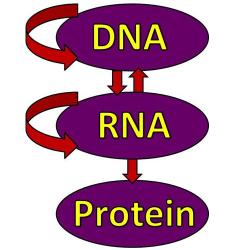 In this activity, learners take on the role of various parts of the cell in order to model the process of protein synthesis. Each learner receives a card describing, step by step, what s/he should be doing. Learners play the roles of either RNA codons, an RNA polymerase, messenger RNA, a ribosome, or transfer RNA. This activity is designed for a large group of 30 learners, but could be used with smaller groups of at least 10 learners. [Activity is publicly available through a web crawler capture on Archive.org.]

Components that are part of this resource: